Email Us At
enquiries@doncasterwaites.co.uk
Donate Now!

See and Hear Us Play

Here, you can watch You Tube videos of some of our more recent performances. There is also a list of MP3 files for you to listen to.

We also have a CD available “At The Sign Of The Angel” this was recorded in 2009 and does not contain all the current band but it does contain over 60 minutes of music described as “a sheer musical delight” by an independent critic! 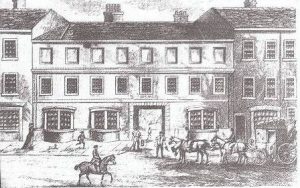 This recording aims to re-create music as it may have been heard and performed by the people of Doncaster in the 16th and 17th centuries.

It includes songs from the ale house, stately dances from the homes of the rich, and the lively music of the streets, all performed on reproductions of original instruments such as shawms, crumhorns and hurdy-gurdy.
Over 60 minutes of music